DENVER — Elijah McClain would have turned 25 last week. However, in 2019, the introverted Black massage therapist was killed on the street by police in his native Aurora (a part of the Denver metropolitan area). None of the officers involved have faced charges for the incident. Yet the leaders of mass protests against the killing are now facing up to 48 years in prison on a host of charges they see as retaliation for standing up to police power.

Three activists — Lillian House, Joel Northam, and Eliza Lucero — were in court this week and face another preliminary hearing on March 9. A fourth, Terrence Roberts, is also facing similar, though more minor charges.

The most serious of the charges against them is that of kidnapping, an indictment that stems from a peaceful protest they led in July. A ring of demonstrators surrounded a police station in Aurora, which effectively trapped officers inside. This appears to be the extent of the kidnapping.

Protesters stand in front of the exit to the precinct of the officers who killed McClain, July 3, 2020. Kevin Mohatt | Reuters

Constitutional and civil rights attorney Mara Verheyden-Hilliard was alarmed at the precedent any conviction could set, explaining:

If you think about the labor movement and all the struggles that have been engaged in over the last century and are commonly engaged in when people want to send a message. Think about a picket line; a picket line is always outside of a building. People are marching back and forth. Sometimes they are chanting. That is a classic labor protest, and crucial to labor struggles in the United States. That same type of protest could be charged the same way this was, with decades in prison.”

Verheyden-Hilliard is one of a number of high-profile figures to sign a letter demanding all charges be dropped.

After the protest ended, police reacted, forcefully arresting its leaders, even bringing a tank-like armored fighting vehicle to apprehend Northam. The three were held in jail for eight days before being brought before a judge. From left to right, Joel Northam, Lillian House, and Eliza Lucero upon release from the Adams County Jail on July 24, 2020. Courtesy | Lillian House

MintPress spoke to Lillian House — who is facing the most charges among the group: 12 felonies, 13 misdemeanors — earlier this week:

There is absolutely no legitimacy to the charges. We did nothing wrong, and nothing illegal. The reason that the police targeted us — the reason they arrested us in such terrifying and invasive ways, including surrounding me with numerous cop cars and sending a SWAT team to Joel’s apartment and dragging him out in front of his neighbors; the reason that they held us under horrible conditions in jail for eight days; the reason that they stacked this case of ridiculous and extreme charges on us; and the reason that they are forcing us to go through this grueling legal battle — is that we led an extremely successful and popular campaign to hold them accountable.”

MintPress also reached out to the Aurora Police Department and City Hall but both declined to comment, citing the ongoing legal case as a reason.

On the evening of August 24, 2019, Elijah McClain was on his way home from a convenience store when he was accosted by three officers — Nathan Woodyard, Jason Rosenblatt, and Randy Roedema — who said they were on the lookout for a suspicious person. 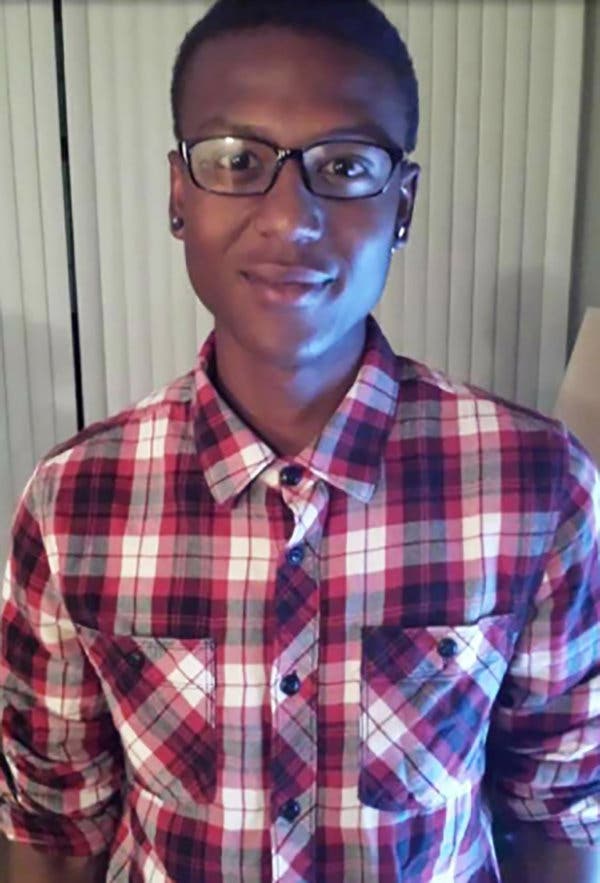 McClain was a 5’6”, 140-pound, anemic vegetarian. Yet officers claimed he fought all three of them with “crazy strength,” enough to warrant placing him in a now-banned carotid chokehold, cutting off blood supply to his brain, and injecting him with ketamine, a drug often used to tranquilize horses.

Bodycam footage of the incident tells a different story, however, showing McClain gasping for air, repeatedly saying “I can’t breathe” while the officers ignore his pleas and threaten to unleash their dogs on him if he moves a muscle. Three days after arriving in hospital, McClain was pronounced brain dead.

“The fact that Elijah McClain was someone who played violin to cats at a shelter and was an innocent person who wouldn’t hurt a fly but the police still killed him and are still trying to make it seem as if he were a criminal. It tells us…what we already know, it is a criminalization of blackness in and of itself,” said activist-defendant Northam.

To this day, Aurora Police classify McClain as a “suspect” in a case, meaning that his family cannot seek compensation, even for funeral costs. At the height of the Movement for Black Lives last summer, activists organized a mass protest for McClain, including a somber violin vigil in the city’s Center Park. Musicians (including children) from all over the city and further afield congregated to mourn the death of one of their own. The event was broken up by masked, black-clad police in full riot gear, wielding batons and pepper spray.

“We challenged their impunity, we challenged their ability to kill without consequence, and the protests we led brought thousands of community members together in a city that had never witnessed a mass protest movement before” House said.

For young Black men like McClain, police violence is a gruesome fact of life. Around one in every thousand Black men and boys can be expected to die at the hands of law enforcement. According to the Mapping Police Violence project, cops killed 1,127 civilians in 2020. Indeed, there were only 18 days last year when cops did not use lethal force.

The Aurora Police Force has developed a reputation for being particularly ruthless. Since 2013, it has been responsible for killing 20 people. Nearly half of those have been Black, despite African-Americans constituting just 16.5% of the city’s population.

Last month, one police officer was fired for “excessive use of force” after he punched then tased a man for 27 seconds in a supermarket over a minor incident. The same week, three Aurora officers lost their appeal against their sacking after photos emerged of them mocking the killing of McClain near a memorial set up in his memory. A fourth resigned over the incident. Erica Marrero, Kyle Dittrich, and Jaron Jones were on duty at a memorial for McClain when they decided to pose for photos, placing each other in mock choke holds like the one used on McClain. They sent the pictures to Rosenblatt (an officer involved in McClain’s killing) and others in the department for their own amusement. Rosenblatt responded with laughter.

For eight months, police authorities knew of the incident, but took no action. Only after the pictures were leaked did it become a scandal. House calls laughing about killing a man right outside the house he lived in “disgusting and outrageous.”

While the national media are happy to cover the persecution of political actors, such as Russia’s Alexey Navalny or the leaders of the Hong Kong protest movement, in enemy nations halfway around the world, there has been near silence on this case far closer to home.

A search for “Lillian House” elicits zero relevant results on the websites of The New York Times, CBS News, CNN, MSNBC, or USA Today. There is also no mention of House’s case from Fox News, although one article from last summer described her as part of an “anti-cop mob,” full of “tyrannical, left-wing anarchists [who] hate free speech,” according to the then-Acting Deputy Homeland Security Secretary. Thus, it is unlikely she will be receiving any coverage — sympathetic or otherwise — from them.

Virtually the only coverage of the Aurora case comes either from local Colorado sources or small independent websites such as Liberation, the outlet of the Party of Socialism and Liberation, a party with which the defendants are affiliated. It appears that big media outlets, many of which supported the Movement for Black Lives in the summer, have deemed House, Northam, and Lucero unworthy of attention or sympathy, despite the implications for freedom of speech and association their cases bring up.

Support the struggle to drop the charges against anti-racist organizers!

Donate to the legal and support fund https://t.co/B5DKY8li4J

House understands her predicament as less about her and more about sending a message to other, would-be troublemakers:

Police in Aurora are not used to being held under a spotlight, and when they are, they have a lot to lose. And so when we led these mass protests, when we brought together thousands of people in the streets, when we forced the city to start making reforms, they began to target us. They want people to see what we are going through — the conditions of our arrests, our experiences in jail, and our legal battle — and they want them to be afraid to protest. The cops and the district attorneys want people to see what we are going through, and to think that this is what you risk when you stand up against them.”

Alan MacLeod is Senior Staff Writer for MintPress News. After completing his PhD in 2017 he published two books: Bad News From Venezuela: Twenty Years of Fake News and Misreporting and Propaganda in the Information Age: Still Manufacturing Consent, as well as a number of academic articles. He has also contributed to FAIR.org, The Guardian, Salon, The Grayzone, Jacobin Magazine, and Common Dreams.

How China’s Massive Corruption Crackdown Snares Entrepreneurs Across The Country

Flashback: Iran Brought Us to the Brink of War with Missile Attack, But Trump’s Military Already Had Them Beat

Moth-Eaten Eviction Moratorium Leaves Hundreds of Thousands Without a Roof

As Tide Turns, Houthis Reject US, Saudi “Peace” Deals for the Recycled Trash They Are

Will Lula Make a Comeback? Global Imperialists and Resource Extractors Shudder at the…

The Globalists Are Making Their Move! Are Pychotronic…