More than a third of the population in Croatia was suffering from high blood pressure in 2019 according to data by Eurostat.

As Statista’s Florian Zandt details below, the Balkan country’s share is almost twice as high as the EU average. 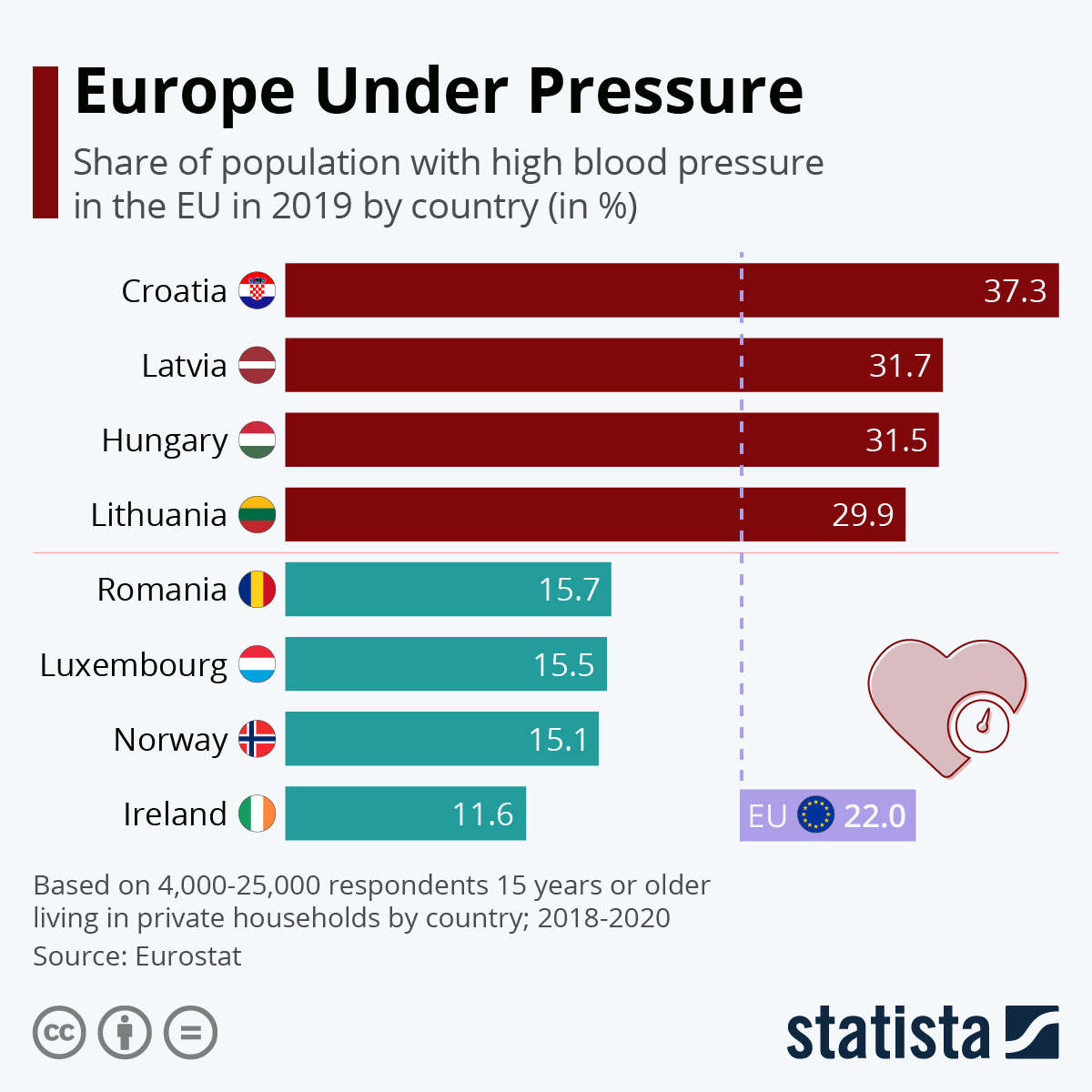 You will find more infographics at Statista

Even though the neighboring Hungary also showed a share of 31.5 and Eastern European countries like Lithuania and Latvia also made the top 4, this risk factor can’t be attributed to geographical similarity alone. In Romania, the country directly bordering Hungary, only 15.7 percent of the population were battling hypertension in 2019.

While temporary spikes in blood pressure are no cause for alarm in general, sustained high blood pressure may lead to serious damage to or failure of vital organs like the heart, brain and kidneys if left untreated.

In 2017, high blood pressure was responsible for 10.4 million deaths worldwide, considerably more than other risk factors like smoking, high blood sugar or obesity.

Financial Times: Europeans Should ‘Prepare for Demographic Replenishment by Arabs’

“It Was Just A Big Poker Game”: Michael Dell Talks Dealing With Carl…

Texas’ Abortion Ban Will Remain In Place Until at Least December

Achieving Equity Through Mediocrity: Why Elimination Of Gifted Programs Should Worry…

The Amazing Explosion of New Businesses Continues as…