What are the details?

Breitbart News obtained a photo showing Whitmer at a bar in East Lansing with a dozen other people in violation of her own COVID-related restrictions.

Whitmer and a large group of friends, including her appointed chief operations officer, Tricia Foster, visited the Landshark in East Lansing, violating her restaurant orders in the process, according to a photo one of the attendees posted on Facebook. The photo, posted Saturday, was part of a montage. Shortly after, Whitmer’s friend deleted the collage and reposted it sans the governor and one of her top aides. 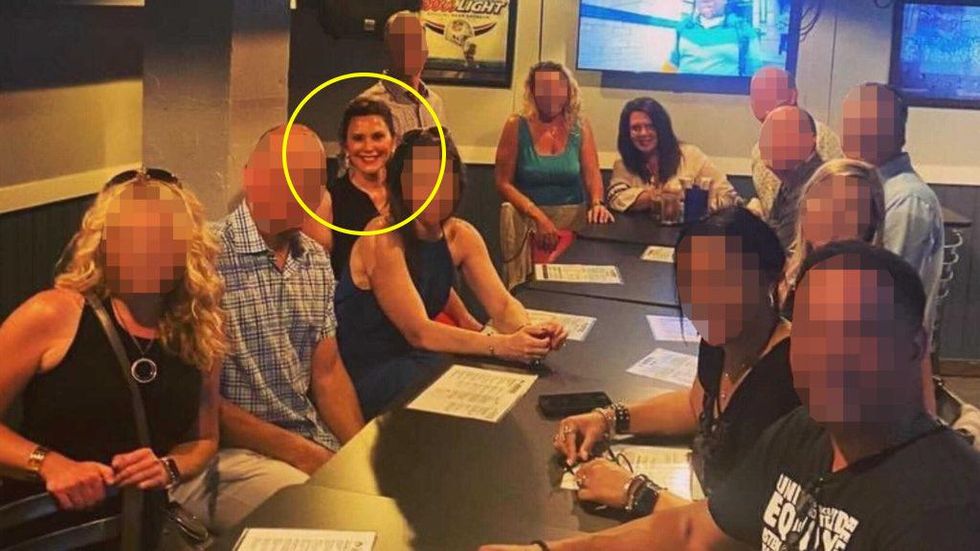 Whitmer issued updated COVID guidance just one week before she violated her own rules.

On May 15, Whitmer issued restrictions prohibiting indoor dining at restaurants by parties of more than six people and by groups of people who “intermingle.”

How did Whitmer respond?

Her office promptly responded to growing backlash online by admitting that, yeah, Whitmer broke her own rules.

“Throughout the pandemic, I’ve been committed to following public health protocols. Yesterday, I went with friends to a local restaurant. As more people arrived, the tables were pushed together,” Whitmer said. “Because we were all vaccinated, we didn’t stop to think about it.”

“In retrospect, I should have thought about it,” she added. “I am human. I made a mistake, and I apologize.”

REACTION: After a photo surfaced of @GovWhitmer at a table in an East Lansing bar with a dozen other people, seemin… https://t.co/ByFpQO7yUr

Just last month, Whitmer also faced accusations of hypocrisy stemming from a trip to Florida earlier this year, despite blaming travel to and from the Sunshine State for a COVID outbreak in her state.

Whitmer has since been hit with an ethics complaint over her use of a private jet at a greatly discounted rate for her travel to Florida.

LIVE: Was Trump ACTUALLY divisive? Crowder on how mainstream media shills for Biden

McAfee: I Won’t Kill Myself