It’s been quite a summer for Chicago.

This season a dozen cops turned their backs on far-left Mayor Lori Lightfoot after the murder of Officer Ella French at a traffic stop that Lightfoot blamed on guns, a 73-year-old Vietnam veteran died after carjackers repeatedly punched him in the head outside his favorite grocery store, fifth graders were reported to have access to condoms in elementary schools this year, and a gang dragged a couple from their car and shot them at point-blank range in front of their baby .

That doesn’t begin to scratch the surface — and now the Windy City has more notoriety to add to its resume.

Surveillance video caught action on the 400 block of State Street around 1:30 a.m. Saturday showing a man in a green shirt and dark shorts being chased and confronted by at least two other men.

It isn’t clear what precipitated the incident, but the pair take turns pushing and punching the man, who at times appears to square up in preparation for a fight — but at other times attempts to run off.

It’s no use, though. One of his pursuers — a much taller man wearing a blue baseball cap and dark mask over his mouth and nose — body slams the man.

Seconds later he delivers a left cross at the man’s head, and the victim collapses in the middle of the street. 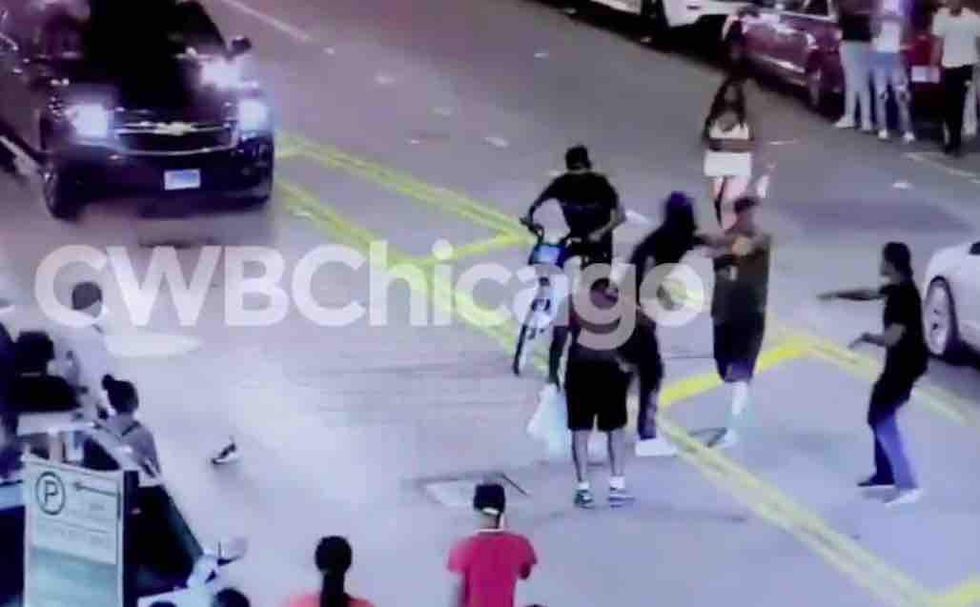 A number of females — about five, roughly — appear to react to the excitement by twerking in a traffic lane just feet away while vehicles wait for their spectacle to end. 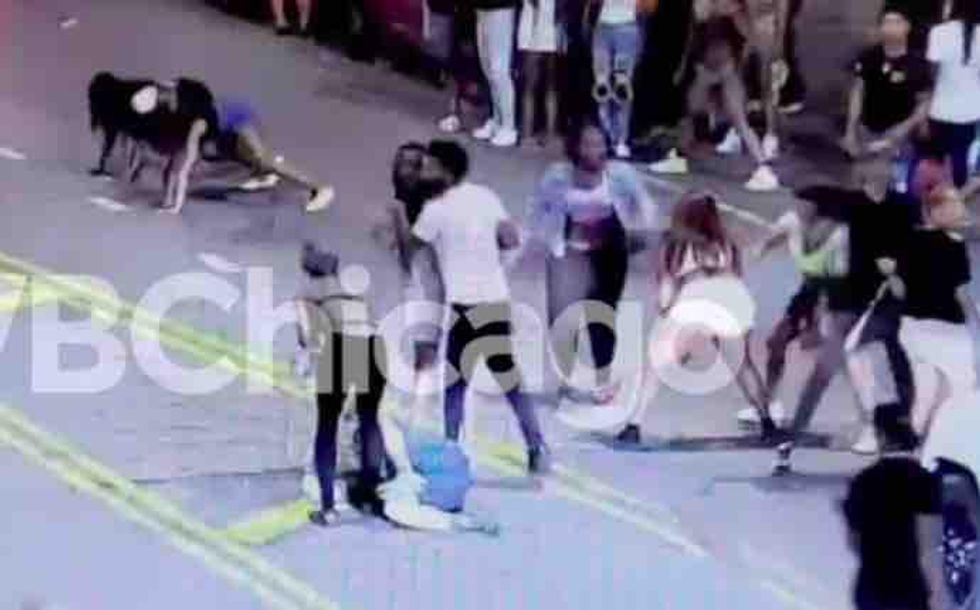 Then the same wannabe boxer who knocked out the man moments earlier spots another man — seemingly unconnected to whatever transpired with the first victim — crossing State Street.

And with that, he comes up behind the man crossing the street and wallops him with a left-handed sucker punch to the head. 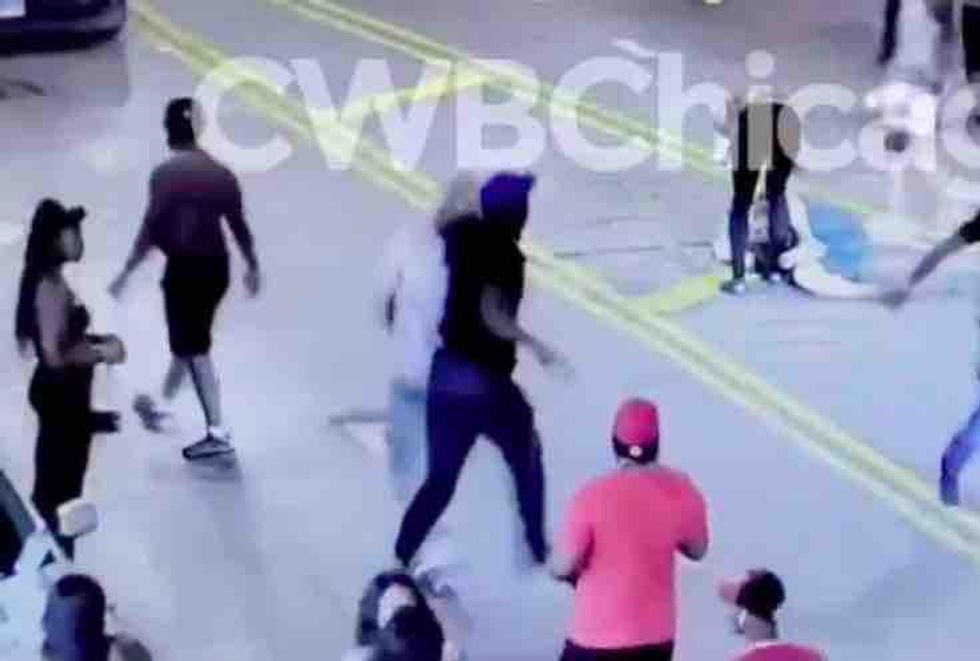 The second victim also collapses on the street, apparently out cold.

Crowds gathered around each victim, but most of them apparently only in an effort to steal from them rather than to render aid or end the violence. 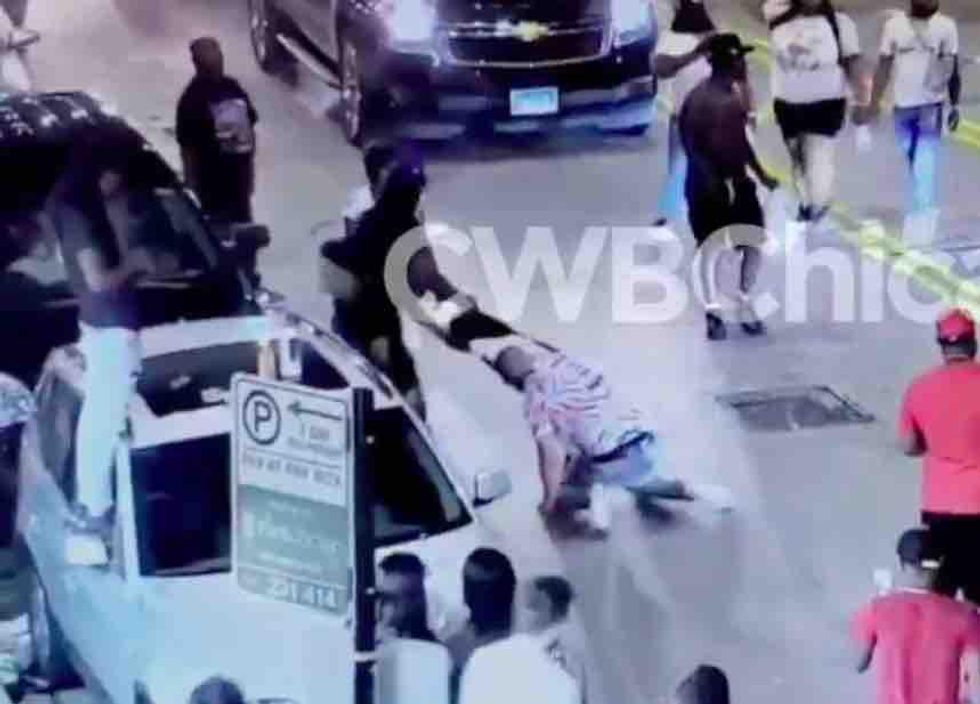 One guy even stole the second victim’s shoes: 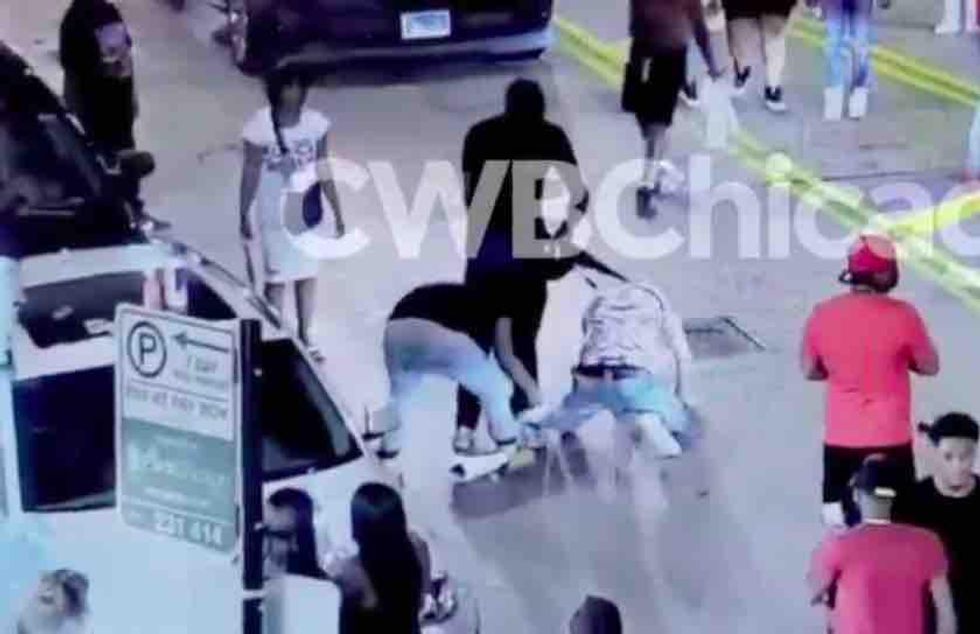 The first victim actually got up from the street and tried fighting back, and the seemingly much worse off second victim staggered toward the sidewalk, but they were both attacked again and ended up like this: 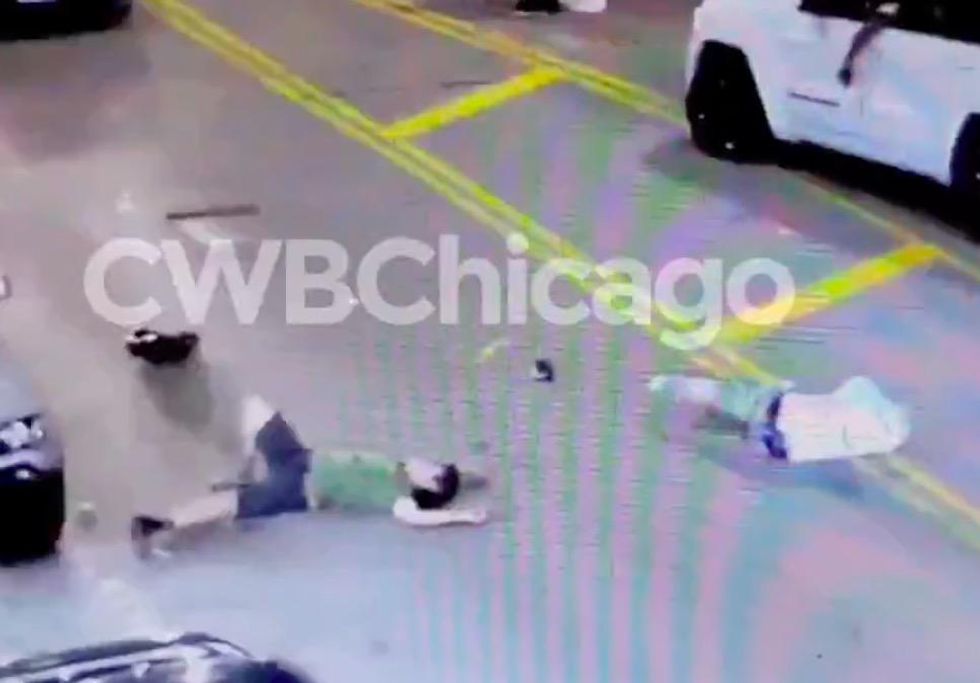 What happened in the aftermath?

A police spokesperson told CWB Chicago the man in the green shirt suffered abrasions to his face and refused medical attention. The station added that the 40-year-old man who was sucker-punched was taken to Northwestern Memorial Hospital and his condition wasn’t known.

Police added to CWB Chicago that both men were robbed and that no arrests have been made.

Jen Psaki to male reporter who questioned Biden’s support for abortion: ‘You’ve never faced those choices, nor have you ever been pregnant’

Comedian shunned by ‘SNL’ gets the last laugh

Mike Rowe hammers Biden for mixed messaging on COVID vaccine: ‘The evidence is…

Nicki Minaj calls out reporters for ‘threatening’ her family, reveals…

Miles Guo “Cherish What You Have Today, Then Pursue What You…